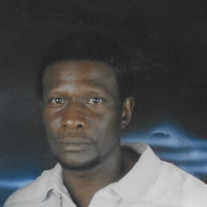 Curtis was born March 18, 1963, in Baltimore, Maryland. He was the 9th of 11 children born to Isiah and Annie Brown, Curtis passed away suddenly on February 3, 2022. Curtis graduated from Forest Park Senior High School. He studied HVAC maintenance after high school. Curtis worked many years at Beverage Capital Corporation. At the time of his sudden demise, he was employed at McCormick. Curtis was baptized by Rev. Grady A. Yeargin, Jr. at The City Temple of Baltimore where he also married his love Devon on July 12, 2003. Together they have 2 sons, Dwayne and ?Deon, and 3 daughters, Quwanda, Denera and Shanay. Curtis was passionate about his family and especially adored his grandchildren. He spent a lot of time with them. He was stubborn but had a very sweet heart. Curtis had a special name for all of us. Curtis had a quiet demeanor, but he spoke up when he wanted to, such as when Valerie and Kevin were called his siblings. He let everyone know he was their uncle. Curtis looked forward to gatherings with family and friends. These occasions won't be the same without his special wit and smile. Curtis always wanted to know what he could do for us. He loved the Las Vegas Raiders. Win or lose, he was true fan. He never missed a game, putting aside everything and everybody to watch them. Curtis was preceded in death by his father, mother, niece Lakeysha, great nephews Elijah and Sadik, great niece Siedah and brother Wade Lucas Brown. His brother, Raymond, passed just 2 days before Curtis got his wings. He leaves to cherish his memory; his wife, Devon; mother-in-law Julia Rivers; 2 sons, Dewayne and Deon; 3 daughters, Qwanda (Talon), Shanay and Denera; 3 granddaughters, Taiyonna, Taliah and Skye; 2 grandsons, Talon and Tamir; 7 sisters, Betty, Barbara, Bernice, (Billy0, Irene, Marian, Deborah and Tonya; 2 brothers, Williams Sr, and Jonathan (Gloria); 1 sister-in-law, Sierra; 3 brothers-in-law, Anthony, James, Jr. and Corey; 2 Aunts, Ella Frazier of Baltimore and Marion Dixon of Phenix City, Alabama;; 19 nieces and nephew; a host of great nieces and nephews; 3 Goddaughters, Brittany, Kimberly, Jasmine; God brother, James; special friend, Gwenette Pettigrew; The Ferndale Neighborhood Family and a host of other loving and devoted relatives and friends.

The family of Curtis Austin Brown created this Life Tributes page to make it easy to share your memories.