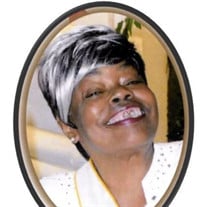 Cornelia M. Smith-LaBoard, known as Connie to everyone, was born in 191Baltimore, Maryland on August 4, 1942 to Maceo Smith and Mary Smith. Connie was raised by her parents Mary Smith Young and Raymond Young, along with her two brothers, Raymond and Melvin. Connie departed this life on October , Connie was educated in the Catholic school system, graduating high school from Saint Francis of Rome Academy in 1961. Connie continued her education at the then Morgan State College. Connie was family oriented and loved with and cared for her parents as they aged and until they passed. During and after college, with the help of her parents, Connie raised her two children, Theresa and Anthony. As her kids got older, Connie entered the workforce. She worked several jobs for the State of Maryland in the insurance industry, retiring in the late 1990's. Connie then went to work for the Internal Revenue Service., retiring for good in 2007. Connie met Ronald LaBoard in the late 1980's and the two married in September 1992. They were married for almost seventeen years, before Ronald passed away in 2009. Each year, Connie and ?Ronald, would have their annual Thanksgiving dinner for family to enjoy. Connie was a life-long parishioner at St. Edward's Roman Catholic Church. After her retirement, Connie rededicated herself to the church. Connie was a fixture at St. Edward's and was involved in several sodalities and organizations until her health declined such as the Knights Columbus, Court #62, Blessed Mother Sodality, The Prayer Warrior Ministry and the St. Edwards's SEALS. Connie's dedication, service and volunteering work in the church led St. Edward's to nominate her to the Archdiocese of Baltimore for the prestigious Mother Mary Lange Award in 2017. Connie, along with others, were celebrated in a ceremony for their service in the Catholic Church and the community. Connie leaves to mourn: her daughter, Theresa Jordan (Eric); her son, Anthony Scott (Marcia); four grandchildren, Lionel, Erika, Tiara and Ambert (Von); six great grandchildren; two special sisters-in-law, Bernetta Young and Bertina Young; and a host of other relatives and friends.

Cornelia M. Smith-LaBoard, known as Connie to everyone, was born in 191Baltimore, Maryland on August 4, 1942 to Maceo Smith and Mary Smith. Connie was raised by her parents Mary Smith Young and Raymond Young, along with her two brothers, Raymond... View Obituary & Service Information

The family of Cornelia M Smith-Laboard created this Life Tributes page to make it easy to share your memories.

Cornelia M. Smith-LaBoard, known as Connie to everyone, was born...

Send flowers to the Smith-Laboard family.