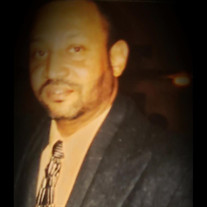 CLIFFORD LEE CHAPPELL was born on May 26, 1955 in Baltimore, Maryland to the late Freddie and Hortense (Hurt) Chappell. He was the last born of his 3 siblings: Eileen,Thomas and Linda. Cliff suddenly, departed this life on Wednesday September 1, 2021, at Good Samaritan Hospital, due to complications related to his health. Cliff (as he was lovingly called by most) attended Lake Clifton High School and graduated with the class of 1974. Cliff married his high school sweetheart, now in law Renee Briscoe in 1976 and from that union they had one daughter Simone and in later years a bonus son Matthew. Cliff was employed with Locke Insulator as a diligent and hardworking machine operator for 33 years from 1976 until his retirement in 2010. Cliff earned an Industrial Wastewater Works Operator certification on May of 2008, from the State of Maryland. Clifford’s journey after retirement was a long and rough journey, as he was diagnosed with stage 4 cancer in 2010. He was a true fighter and beat all odds to survive cancer for 10 glorious years after his diagnosis and was in remission, living cancer free for 6 years to enjoy life and precious time with his family. Even throughout his health conditions he stuck closely by his mother until her last days, along with his sister Eileen, taking such good care of her, making appointments for both her and himself. He was also the most dedicated brother to Thomas Chappell and was such a huge support to Tommy in his last years of life. Often, Cliff put himself last to care for other members of his family even during his time of health struggles. For him to have truly been such a blessing to others, he will surely be blessed in his next chapter of eternal life. During Cliff’s last years of life through ups and downs with his health needs he found joy in all the little things, he loved his garden and would often send pictures to relatives to share his green thumb success. He loved riding his bike on a regular basis, he loved bargain shopping and would find all sorts of interesting things to add to his collections, always known to have a good sense of humor. He was a true prankster and loved to tell silly jokes. Daddy-daughter times were sweet, usually movies and a good dinner and a ton of laughs. Daughter, Simone was also able to help take Cliff to some of his appointments, do regular phone check in’s, and on Cliff’s last healthy day they had a lovely phone conversation, not knowing it would be their last, always so much to say... Cliff and sister Linda had also become quite the pair and were always on the go at least once a week. Linda was a loving dedicated sister to Cliff and was very helpful getting Cliff back and forth to his wellness and maintenance doctor appointments, both finding much joy in being together especially during the challenging pandemic times, that the year 2020-2021 brought us. Cliff accepted Jesus as his Savior and received his spiritual rebirth on December 21, 2010 at Friendship Baptist Church. Cliff was very spiritual and prayerful, he had many framed prayers in his house, watched daily televised Christian sermons and kept a journal of all the little things he was thankful for each day. His friend’s family and loved ones meant so much to him and the gift of another day was never taken for granted. We should all find encouragement in the enjoyment for life that Cliff had, even during his toughest times, he was hopeful and thankful every day. Cliff had many good friends that were just like family to him for most of his life. Cliff will be extremely missed by all that knew him. His closest loved ones, family and friends are heartbroken that he is no longer with us, but we find comfort in knowing that he is at peace with the Lord. Cliff was preceded in death by his sister Eileen Chappell and brother Thomas Chappell. Cliff leaves to cherish his memory: children Simone and Matthew, sister Linda Chappell, Renee Briscoe, Aunt Zenobia and her family, Aunt Ella and her family, the Stevenson family, the Catterton family and a host of many in laws, friends and family.

CLIFFORD LEE CHAPPELL was born on May 26, 1955 in Baltimore, Maryland to the late Freddie and Hortense (Hurt) Chappell. He was the last born of his 3 siblings: Eileen,Thomas and Linda. Cliff suddenly, departed this life on Wednesday September... View Obituary & Service Information

The family of Clifford Lee Chappell created this Life Tributes page to make it easy to share your memories.

Send flowers to the Chappell family.