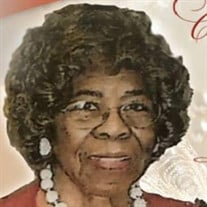 Beatrice Williams Avery, daughter of the late Eugene and Florence Dixon, was born on March 21, 1933 in Baltimore, Maryland. She departed this life on September 18, 2021 after a lengthy illness. Bea, as she is called by many, was educated in the Baltimore City Public Schools, she continued her studies at Bowie State College where she received her Bachelor of Science in Education, Loyola College where she received a Masters of Education degree, and The Johns Hopkins University where she received a Certificate of Advanced Studies in Education. She became certified in several areas; Elementary/Middle School Principal/Supervisor; Special Education and Reading Specialist, Kindergarten thru Grade 12. Bea began her long and highly impactful career in education as an elementary teacher in Snow Hill, on Maryland’s Eastern Shore, and later in the Baltimore City Public School System (BCPSS) as a teacher, Elementary Education Specialist and Master Teacher/Reading Coach in Area 1 Schools. Thereafter, she accepted the call to serve as Education Director of the Bethel AME Church Christian School under the leadership of Former Pastor and now-Retired Bishop John R. Bryant. She also served as a graduate instructor at Morgan State College (now Morgan State University). Bea loved her Church and Sorority. She was a Distinguished member of the National Sorority of Phi Delta Kappa, INC. Gamma Chapter for more than five decades. Bea served in many capacities with the local chapter and proudly served as President of Gamma Chapter from 1991 to 1995. Bea actively worked on behalf of the chapter by sharing her knowledge and talents especially in reading with her Chapter and Sorority on the Regional and National levels. She served as the chairperson of the Reading Power committee on the National level. Bea served her sorority with Dignity and Integrity in all her affairs. In retirement, Bea served as a semi-retired educator at Franklin Square Elementary/Middle School; hence, the birth of JUGS – Just Us Girls Mentoring Club. Interspersed with her other professional duties, Bea also served as a reading consultant for Cambridge Book, New Dimensions Publishing Company and for Ginn Book Company. Sister Bea began attending Ebenezer African Methodist Episcopal Church (Baltimore) in 1941 and officially became a member of Ebenezer in 1945. As a child she was a member of the Sunday School, Junior Choir, and Junior Missionary Society (now the YPD). As an adult, she served as President and Director of the YPD, as President and Advisor of the Matilda Monroe Women’s Missionary Society, as Director of the Local Lay, and as Director of the Council on Christian Education. Ever the Servant and Educator, Bea served as Coordinator of Vacation Bible School, initiated the Moments with the Children Ministry, the Pennies for Poverty Project, and the Bereavement Repast Ministry. Not only has Sister Bea given of her time and talent to Ebenezer, she has served the greater AME Church, on the conference, district and connectional (the AME Church worldwide) levels. Bea has employed her expertise in education as Director of the Baltimore Conference Promotion and Mission Education (PME). The Baltimore Conference has applauded her for organizing and implementing several “Night in White Events”, for initiating the “Threads of Love Project”, and for serving as a quadrennial delegate. The Clara E. Harris Area Women’s Missionary Society (the area which encompasses Baltimore City & Baltimore County) has honored Bea with its Outstanding Service Award. The Second District has saluted Bea for her service as Non-Governmental Organization (NGO) Chair and as the Christian Social Relations Chair. Sister Bea has been the Connectional Chairperson for the Heath Polk Rural Missions Chair, and she is currently recognized as a Life Member of the Connectional Women’s Missionary Society – a recognition well deserved. Bea, also known to her family as Mommy/Pop Pop would always be able to lift your spirits to brighten your day. She made numerous friends wherever she went and will be sincerely missed by everyone who knew her. She was a true friend and was very devoted to her Husband and family. Bea has Made it Home and is now reunited with her mother and father Eugene and Florence Dixon, two sons Roger Sr. and Darryl Avery, daughter in-law, Edna Outten, sisters Gilda and Gloria Williams, and brother Augustus Smith. Bea leaves to cherish her memory: the Love of her life, John W. Avery; sister Victoria Harriday (Samuel), brother Clarence Dixon(Betty), Grandchildren Rhondra, Roger Jr., Roderick, Rosalyn (Muhammad Sr.) and Reginald Sr. (Dana), Great Grandchildren Dominique, Muhammad Jr. (Takeria), Reniya, Reginald Jr. and Jazmine. Nieces Felicia and Yvette, Nephew Aaron (Tracey); and a host of great nieces and nephews, other relatives, friends and colleagues. The Service she gave, the life that she lived, Now as She stands before God and receives Her Wings. He looks upon her and says My Child Well Done!

Beatrice Williams Avery, daughter of the late Eugene and Florence Dixon, was born on March 21, 1933 in Baltimore, Maryland. She departed this life on September 18, 2021 after a lengthy illness. Bea, as she is called by many, was educated in... View Obituary & Service Information

The family of Beatrice Williams Avery created this Life Tributes page to make it easy to share your memories.

Beatrice Williams Avery, daughter of the late Eugene and Florence...

Send flowers to the Avery family.