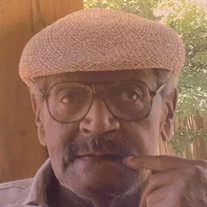 My Life a story that is told…... On a beautiful sunny day on May 5, 1931 in Pleasant Shade, Virginia, God saw fit to bless the union of the late Waverly & Elizabeth Mason with the birth of their fourth child Bascomi and also my twin brother Samuel, who preceded me in death on April 4, 2014. I have fought a good fight; I have finished my course. I have kept my faith (2 Timothy 4:7) Our Lord and my Savior saw me struggling and heard my cry on May 4, 2022 God called me home… As I began to grow my parents decided to relocate to Baltimore, Maryland. I received my education in the Baltimore Public School System. As a child my family and I attended Morning Star Baptist Church. I married the late Ruby (Moses) Mason in 1952. I served in the United States Army from 1953-1955 and was honorably discharged in 1959.I became employed with Bethlehem Steel from 1957 until 1993 and retired after 36 years. I remarried in January ,1972 to the late Ruby Dale (Evans) Mason. I was affectionately known as Mr. Bee. I loved family gatherings and spending time with my children, grandchildren, great-grandchildren, and friends. I was also a member of the Sophisticated Few of Baltimore, Maryland, I made friends wherever I went because I loved to talk. I had a winning personality and smile that was infectious. I enjoyed listening to different types of music. I became an avid collector of movies. My favorites were horror movies. I was proceeded in death by my mother, Elizabeth Edwards, my father, Waverly B. Mason, son Bascomi Jr. three brothers Waverly, Earl, and my twin brother Samuel Sr. one sister, Emma, two stepbrothers Connie-Lee and Clarence Edwards, nephew Vernon and niece Shirley. I leave my memories to be cherished for my children, Michael (Jackie) Stephanie, Wendell, Antonio (Elaine), Doriane, Annette (Kenneth) George (Davine) and my stepson David. I also leave my memory to be etched in the hearts of my thirty grandchildren, fifty-one great grandchildren, fifteen great-great grandchildren, and a host of nieces, nephews, cousins, and friends.

My Life a story that is told&#8230;... On a beautiful sunny day on May 5, 1931 in Pleasant Shade, Virginia, God saw fit to bless the union of the late Waverly & Elizabeth Mason with the birth of their fourth child Bascomi and also... View Obituary & Service Information

The family of Bascomi William Mason Sr created this Life Tributes page to make it easy to share your memories.

On a beautiful sunny day on...

Send flowers to the Mason family.