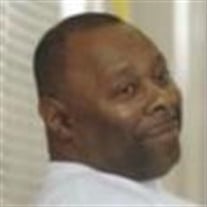 ANTHONY LEWIS, lovingly known as “Doodie or Squirrel” was born to the late Robert and Dorothy Lewis on August 14, 1953, in Baltimore, Maryland. He transitioned into eternal life on August 10, 2021, at the Encompass Health Rehabilitation Center in Richmond, Virginia. Doodie was raised in a GOD-loving and GOD-fearing home. He was educated in The Baltimore City Public School and graduated from Baltimore City College High School. Towson State University was next on his agenda. He graduated from Towson with a Bachelor’s Degree. At the age 16, Doodie started his career as a Recreation Assistant with the Baltimore City Department of Recreation & Parks. Forty-three years later he retired, he retired as Director of the Cecil-Kirk Recreation Center. His journey did not stop upon retirement. He continued to coach young men until his untimely death. Doodie’s outstanding accomplishments off the court are just as numerous: Fox 45, Man of the Month, East Baltimore Community Corporation Executive Board Member, EDO Member Member, CYO Ministry Member, 100 Black Men Board Member, Maryland AAU Hall of Fame Inductee, USA Men’s Festival Coach, and March Funeral Home Calendar Coach of the Month. Councilwoman, Paula Johnson Branch and Doodie worked together to establish the first funding for the Cecil-Kirk Basketball Program. One highlight Doodie was especially proud of was The Burlington-Baltimore Friendship Exchange Program. He and Joe McNeil worked together to establish the exchange program between Burlington and Baltimore. Other programs establish by Coach Doodie include, Hot Spots, Stay in School Rally, Get Hooked on Books, Reach One Teach One Scholarships, A Christmas Wish Program, Black History Program, Teen Workshops, and Back to School Supply Giveaways at The Cecil-Kirk Center. Coach Doodie had numerous opportunities for a more lucrative career, but he chose to stay with recreation and parks. His reward was the smiles on the faces of his players when they participated and won the “big games". Very few people in life ever get to do something they love. Coach Anthony ”Doodie” Lewis was able to do what he loved in coaching basketball. On his hospital bed, he was coaching from the phone. Dedication is an understatement. He was communicating with the coaches to make a comeback. Although his body was weak and in agonizing pain, his mind was telling him to “NEVER GIVE UP” He was a true fighter. He led by example, always helping our youth stay on the right track and out of trouble. He encouraged the youth to stay in school and make something of themselves. He often used his own personal income to support the program; sometimes neglecting his own needs, that’s how much he loved The Cecil Kirk Basketball Family. Coach Doodie was honored by the former mayor Bernard “Jack” Young for his dedicated services and continuous dedication to our community and our city. He even had a street renamed in his honor. His street sign hangs at the corner of East 22nd Street and Kirk Avenue. When he passed, it seemed like part of us went with him. The void he leaves behind will never be replaced. He was a father-figure, a mentor, a teacher, a brother, a son, and above all, he was Coach Doodie/Squirrel, a fierce competitor. He approached the game with passion, and he had many accolades to prove it. Coach Doodie and his associates made their presence known in Baltimore City and around the country. They brought home numerous National Championships. Coach Doodie’s name is synonymous with basketball and winning. He coached numerous players that went on to play in the National Basketball Association (NBA) and over-seas as well. He will be remembered as a caring and generous person who treated everyone with kindness and respect. The kids, players, parents and other coaches admired him. He instilled values and morals in all his players and coaches. They were his family. He was a surrogate father to many, and a counselor to others. He always put his team before himself. He brought joy to everyone that knew him. This is the legacy he leaves behind. There was a balloon released in celebration of his 68th birthday on August 14, 2021. If you missed it, it was truly a remarkable event. Former players, associates, friends, and coaches came together and shared stories of how Coach Doodie affected their lives, and how much they appreciated what he did for them. The outpouring of love and affection was overwhelming. We sincerely believe he would’ve said, “This is my best birthday ever!” Loving Anthony and cherishing his memory is: his mother, Dorothy Lewis; one brother, Robert (Sandra) Lewis; two legally adopted brothers, Clarence and Jaquan (Tiny) Lewis; one legally adopted sister, Mylesha Lewis; and a host of other relatives and friends. While we mourn the passing of Anthony Lewis (Coach Doodie/Squirrel), his memory will live on in our heart forever. May GOD bless the memory of Coach Doodie Rest in Peace and Power.

ANTHONY LEWIS, lovingly known as &#8220;Doodie or Squirrel&#8221; was born to the late Robert and Dorothy Lewis on August 14, 1953, in Baltimore, Maryland. He transitioned into eternal life on August 10, 2021, at the Encompass Health Rehabilitation... View Obituary & Service Information

The family of Anthony Lewis created this Life Tributes page to make it easy to share your memories.

ANTHONY LEWIS, lovingly known as “Doodie or Squirrel” was born...

Send flowers to the Lewis family.