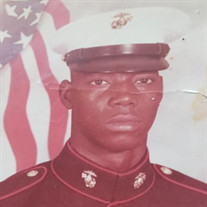 Anthony Kelly affectionately known to his friends and family as Tony, Tiggs and Lefty, was born on June 9, 1957, at University Hospital, in Baltimore, Maryland to The Late Wesley and Lois Kelly. He was the eleventh of fourteen children. Tony was preceded in death by his six brothers: Eugene, Christopher, Thomas, Danny, Larry, and Kevin. Tony embodied the gift of music and loved telling stories that would overflow into song. He was music and would make it come alive in your soul. He loved spending time with his brothers singing together. These times were extra special during holidays because they were times of the year when he knew he would be surrounded by the entire family, with heartfelt singing, soul food and genuine love. It was like a family reunion several times a year. His singing at family gatherings and harmonizing on the streets of Baltimore opened opportunities for his gift to shine through and around the Baltimore Metropolitan areas. Growing up in the McCulloh Homes he was known as “Lefty”. Little was it known he was right-handed but batted with his left-hand. He was a Beast on the baseball field. We remember his turn at bat, and everyone chanting…. Lefty, Lefty! Yes, he was the pride of the McCulloh Homes. He also enjoyed the Marshall Arts and received his Blackbelt in Karate as a young adult. Tony received his formal education in the Baltimore Public School System. He graduated from Baltimore City College. After which, he was recruited by the United State Marines on April 5, 1978, until his honorable discharge. Upon returning home from the service, he was employed at Mercy Hospital as a nursing assistant. He also worked for several construction companies throughout the city. Tony was a member of Union Baptist Church under the ministry of Reverend Vernon Dobson. He managed the church coffee shop and was a faithful employee at their Head Start Program. Anthony Kelly leaves to cherish his memory, one son, Anthony Omar Kelly and one daughter, Raven Kelly, six grandchildren, Anthony Deshawn Kelly, Malaya Kelly, Aiden Holt, London Nelson, Steven Nelson, Rei’Lynn Nelson. Siblings; Doris Kirkwood, Barbara Woodard (Robert), Linda Bacon, Joanne Parker, Esther Jones (Maurice), Keith Hand, and Delores Parham (Emmett) and a host of nieces, nephews, cousins, and friends.

Anthony Kelly affectionately known to his friends and family as Tony, Tiggs and Lefty, was born on June 9, 1957, at University Hospital, in Baltimore, Maryland to The Late Wesley and Lois Kelly. He was the eleventh of fourteen children. Tony... View Obituary & Service Information

The family of Anthony Kelly Sr. created this Life Tributes page to make it easy to share your memories.

Anthony Kelly affectionately known to his friends and family...

Send flowers to the Kelly family.