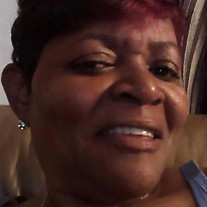 Annie Mae Miales was born in Pinetop, NC on May 25, 1954 to the late Minnie Louise Gorham and Eddie (Gus) Randolph. She departed her life on August 29, 2021 after a short illness. Ann received her education in the Baltimore City Public Schools... View Obituary & Service Information

The family of Annie Mae Miales created this Life Tributes page to make it easy to share your memories.

Send flowers to the Miales family.