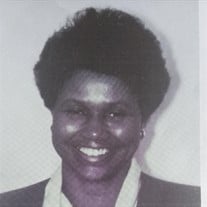 Anne Perry was born Annie V. Perry on 26 May 1940 in Rocky Mount, North Carolina to Levi Parson Morton Perry and Annie Mary Powell Perry. She finished high school there, winning awards for language art skills. Anne came to Baltimore in 1959, where she worked at Union Memorial Hospital as a Certified Nursing Attendant. She and five other girls were the first blacks to be hired for a job above that of a maid or cook. As a young woman, Anne held several positions, a Certified Nursing Attendant and Scrub Technician at Union Memorial Hospital, Women's Hospital and GBMC, She transitioned from care giving to administration, working at the Social Security Administration and the Office of Student Placement in Baltimore city. Following care giving and administration, she transitioned into education as sought-after substitute teacher and served on many committees of Baltimore City Public Schools. Anne married in 1960 and 1967 and had four daughters: Dana Charlette, Adrienne Lynn, Corlisa Eugene, and Barbara Ann. Anne experienced a call to preach in Spring 1975 and began her educational journey to become an ordained minister. She joined Christ United Methodist Church, and at 36 years old, Anne began attending Morgan State University. By Spring 1980, she graduated on the Dean's List with a Bachelors of Arts in Sociology; was the first recipient of Howard and Althea S. Cornish Ministerial Scholarship; served as assistant chaplain at Morgan Christian Center; and served as president of the Martin Luther King, Jr Club of Pre-theological students. Anne immediately matriculated to Howard University where she won numerous fellowships for her academic work; became a United Methodist Crusade Scholar; and acquired a Master of Divinity in 1983. In 1994, Anne suffered a stress related disability that required intermittent hospitalization. However, she persevered to found Wise Pen Christian Writers Guild; and acquired the Doctor of Philosophy (Ph. D) in Pastoral leadership, and Ministry in the Worship Arts. During her extensive pastoral career, Rev. Anne Perry served churches within the United Methodist Church conferences: Boundary; Lewin; John Wesley; and retired from Union in June 2003. She was loved and respected as a mentor to junior clergy,. Her ministerial service included: Campus minister at Northwood Appold and Morgan State University; and Chaplain to the Board of Child Care. Dr. Anne Perry leaves a host of family members, friends, and colleagues to reflect on her memory, including daughters, grandchildren and great grandchildren; Taryn (Adonis), Isaiah (Nina), A'lysia, James (Kobe and Charlie), Malasia, Joshua and Kira. She is survived by two siblings: Helen Perry and Dean Perry; and an extended muti

The family of Rev. Dr. Anne Perry created this Life Tributes page to make it easy to share your memories.

Send flowers to the Perry family.