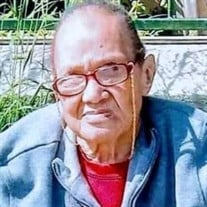 ANN W. BROWN departed this life on Monday, May 02, 2022 at Johns Hopkins Hospital after suffering from a lengthy illness; to move on to eternal Glory in Christ Jesus. Ann was a resident at Future Care in CANTON, at the time of her death. Better known to family and friends as “Ann”, she was born on March 15, 1943, to the late Ms. Jessie B. Cooke in Baltimore, Maryland. Ann had been sickly most of her life, but dealt with her medical conditions to keep others from being concerned. Ann accepted Christ and was baptized at an early age. She became a member of the Wayland Baptist Church, where she enjoyed singing with various choirs. She moved her membership to The City Temple of Baltimore Baptist Church under the leadership of the late Rev. William W. Payne, where she continued to sing on various choirs of the church. Ann was educated in the Baltimore City Public School System. She also attended various colleges to accomplish her goals and dreams. Ann worked for the Social Security Administration for thirty years. Ann enjoyed attending church, shopping, eating at various restaurants, taking trips, attending concerts, and singing praises to her God. Her two favorite songs were “Have A Little Talk With Jesus” and “I’ll Still Be Praising God With All That I Have”. Ann enjoyed watching television, walking, and eating her four favorite foods chicken noodle soup, chicken, crabs, and her favorite snack ice cream. She would eat these foods everyday if you gave them to her! She had a fond loved for dogs and buying clothes. Her favorite activity as sitting on the steps and talking to everyone she saw passing by, whether she knew them or not, telling them about God. She loved to laugh. Ann loved people. She would give them the shirt off her back! If she could help somebody, as they passed her way in life, then she knew her living would not be in vain. Left to carry on her legacy is a loving son, Clyde W. Brown; five grandchildren, Gerard Brown, Cedric Brown, Tierra Olds, Bryan Askew, and Indyiah Brown; three great grandchildren, and a host of other family members and friends.

ANN W. BROWN departed this life on Monday, May 02, 2022 at Johns Hopkins Hospital after suffering from a lengthy illness; to move on to eternal Glory in Christ Jesus. Ann was a resident at Future Care in CANTON, at the time of her death. Better... View Obituary & Service Information

The family of Ann W. Brown created this Life Tributes page to make it easy to share your memories.